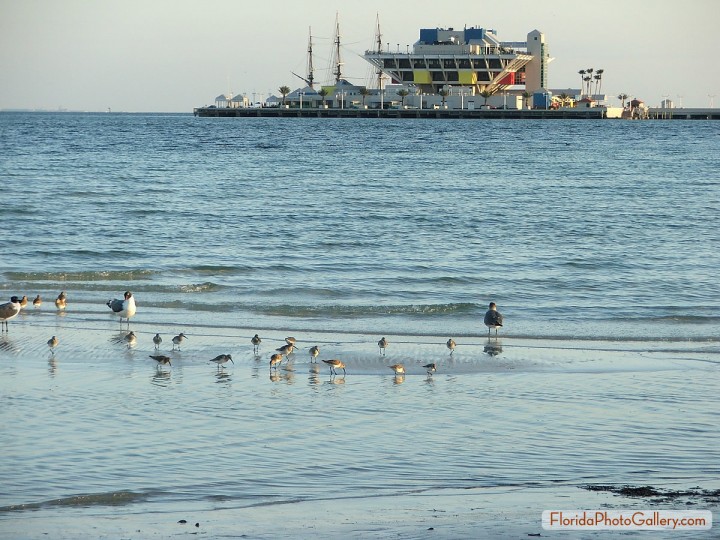 Right in the heart of downtown St Petersburg is the St Petersburg Pier. Surrounding it is Tampa Bay itself (no not the city, it’s called Tampa, not Tampa Bay), and several parks.  At Night the pier is lit with lights that change colors subtly every few seconds.These parks are one of the many things that sets St Petersburg apart from any other city in Florida.  The others sell the waterfront property to developers who in turn build cheap quality but high priced condos on  it and then block access to the water from the general public.  A lot of the time they even replace the natural beach or mangrove areas with a seawall and grass.  This is illegal (a felony, in fact) for the rest of us to do because these things are so vital to the ecosystem.

St Petersburg on the other hand went with the theory that it’s dangerous to build buildings on the waterfront (we have hurricanes in Florida) and the burden of making these building safe shouldn’t be placed on the public. 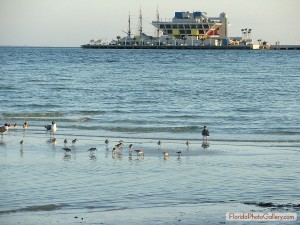 A view of St Petersburg Pier from North Beach Park in downtown.

If a 20 foot tidal surge hits a park, it’s no big deal, but if it hits a series of billion dollar condo buildings with rich old people in them it’s a huge deal.  Besides, if they remove the beach and/or build right on top of the waterfront, they’ve destroyed the view for those wealthy people.  Having a park as a buffer between the high rise condos and the waterfront on the other hand solves all these problems.

St Petersburg is on a peninsula anyway, so there’s plenty of other waterfront property for the rich folks to hog.

Sorry, comments are closed for this item.

I hope you enjoy the Florida Photo Gallery. It's a pet project of mine. I'm Texx Smith, aka the "The Einstein of Web Design"