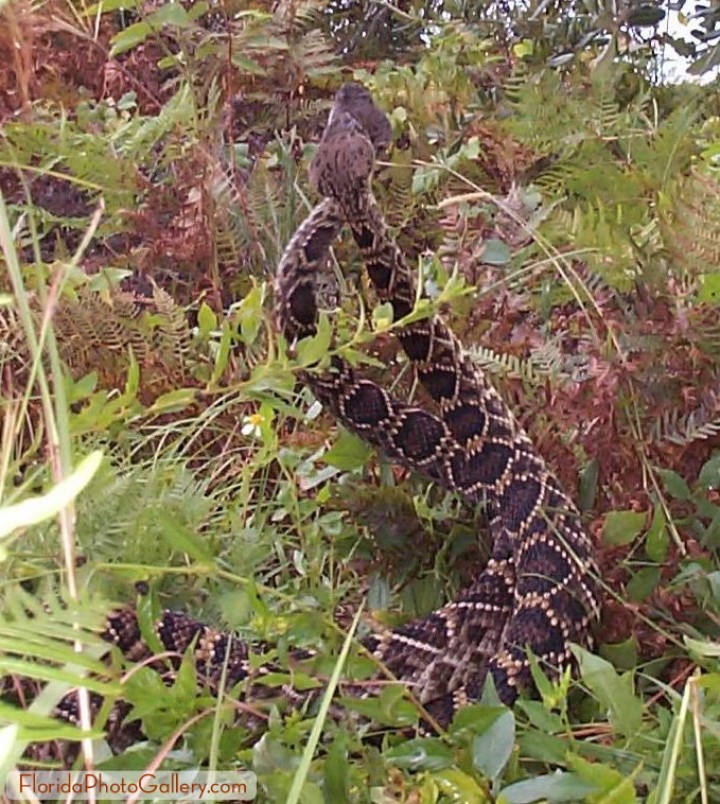 Way back in 2003 I was riding my bicycle home from work along harbor drive in Venice Florida.  It was exactly right here, except the area wasn’t taken over by that restaurant, it was still part of the park that was close by.  It was an area with tall ferns giving way to a forest (they ironically cut down all the trees, bought new ones and planted them there, all at taxpayers expense!) , a beautiful wild space.  Not three feet from the sidewalk I saw two VERY (each easily more than afoot around and eight feet long) large Eastern Diamond back rattlesnakes fighting.

Well I watched them for a while and it seemed like they had no interest in stopping so I hoped on my bicycle sprinted the few miles home grabbed someone else’s digital camera (a sucky kodak), then headed back.  I thought for sure they would be gone by the time I returned.  They were not.  They were still actively engaged.

Here’s a warning for all yo would be photographers out there.

No it’s not about the dangers of getting too close to venomous snakes, that goes without saying, My warning is about technology.  In my original photos you could still see things like the drops of that afternoons rain on the ferns leaves and the details of the snakes eyes.  But I had a hard drive crash and lost them all.  The only copies I have are these which were the highly compressed copies I put on one of the first versions of this website back in 2003.  The lesson?  Always back up copies of those important photos. 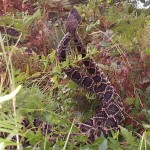 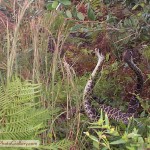 Sorry, comments are closed for this item.

I hope you enjoy the Florida Photo Gallery. It's a pet project of mine. I'm Texx Smith, aka the "The Einstein of Web Design"